skip to main | skip to sidebar
CrossFit Stillwater Will Reopen Monday, May 4th

The following new rules will be in effect for the reopening of CrossFit Stillwater on May 4th:

Class size is limited to 9 athletes and 1 coach until further notice.

Members must reserve their spot for a class via Signup Genius.

Only CrossFit Stillwater programming will be permitted until further notice due to social distancing restrictions.

No Drop-ins or new members will be allowed until June 1st.

All members must thoroughly wash their hands with soap and water for a minimum of 20 seconds upon entering the gym.

Members and trainers will be required to go home if they show any signs or symptoms.

If you are ill, stay home. You should be fever free (fever being a temp of 100.1 or greater) a minimum of 48 hours without the use of fever reducers and have a negative Covid 19 test prior to returning to the gym.

Members should contact me immediately if you or a family member tests positive for Covid-19.

Workout stations will be marked on the floor to insure as much maximal social distancing as possible during workouts.

Chalk buckets have been removed, so please bring your own chalk.

Mandatory disinfecting by members of all equipment that is used during the workout is requred. Spray bottles of disinfectant and rags will be provided.

Please remember, if you choose to enter the building, just as in any other public entity, you’re risking the possibility of exposure to Covid 19.

First off, let me just say I am not much of a basketball fan nor am I a Kobe Bryant fan (I'm not sure who he really is, or which team he played on), but this looks like one helluva WOD.

Olympic Weightlifting. Make up a missed WOD. Mobility.
Posted by Adam at 12:00 AM No comments:

Olympic Weightlifting. Make up a missed WOD. Mobility.
Posted by Adam at 12:00 AM No comments: 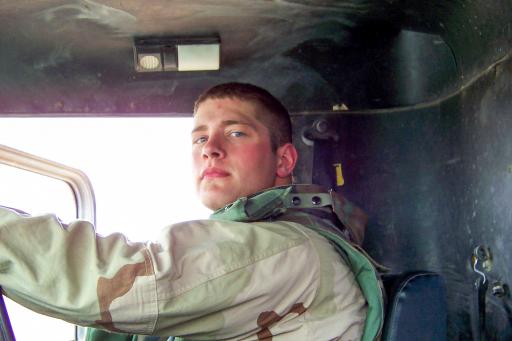 U.S. Army Staff Sgt. Keith “Matt” Maupin, 24, of Batavia, Ohio, disappeared on April 9, 2004, when insurgents south of Baghdad attacked his convoy with small-arms fire and rocket-propelled grenades. His remains were found on March 20, 2008. Prior to his disappearance, Maupin served as part of the 724th Transportation Company in Bartonville, Illinois.
He is survived by his mother, Carolyn; father, Keith; a brother and sister; and many other friends and family members.
Posted by Adam at 12:00 AM No comments:

Strength:
Cluster*
5 x 3 reps
Increase weight on each set.
*A cluster is a squat clean to thruster
WOD:
Every minute on the minute for 15 minutes:
4 Thrusters (95/65)
5 Sit-ups
If you are unable to complete all 9 reps per minute on any round, rest the next minute before resuming.
Posted by Adam at 12:00 AM No comments:

Olympic Weightlifting. Make up a missed WOD. Mobility.
Posted by Adam at 8:44 PM No comments:

'Nicole'
Complete as many rounds and reps in 20 minutes as possible
Run 400 Meters
Max Rep Pull-ups
Note the number of pull-ups completed for each round. Every time your hands leave the pull-up bar counts as the end of a round

Olympic Weightlifting. Make up a missed WOD. Mobility. Work on skills.
Posted by Adam at 7:46 PM No comments: